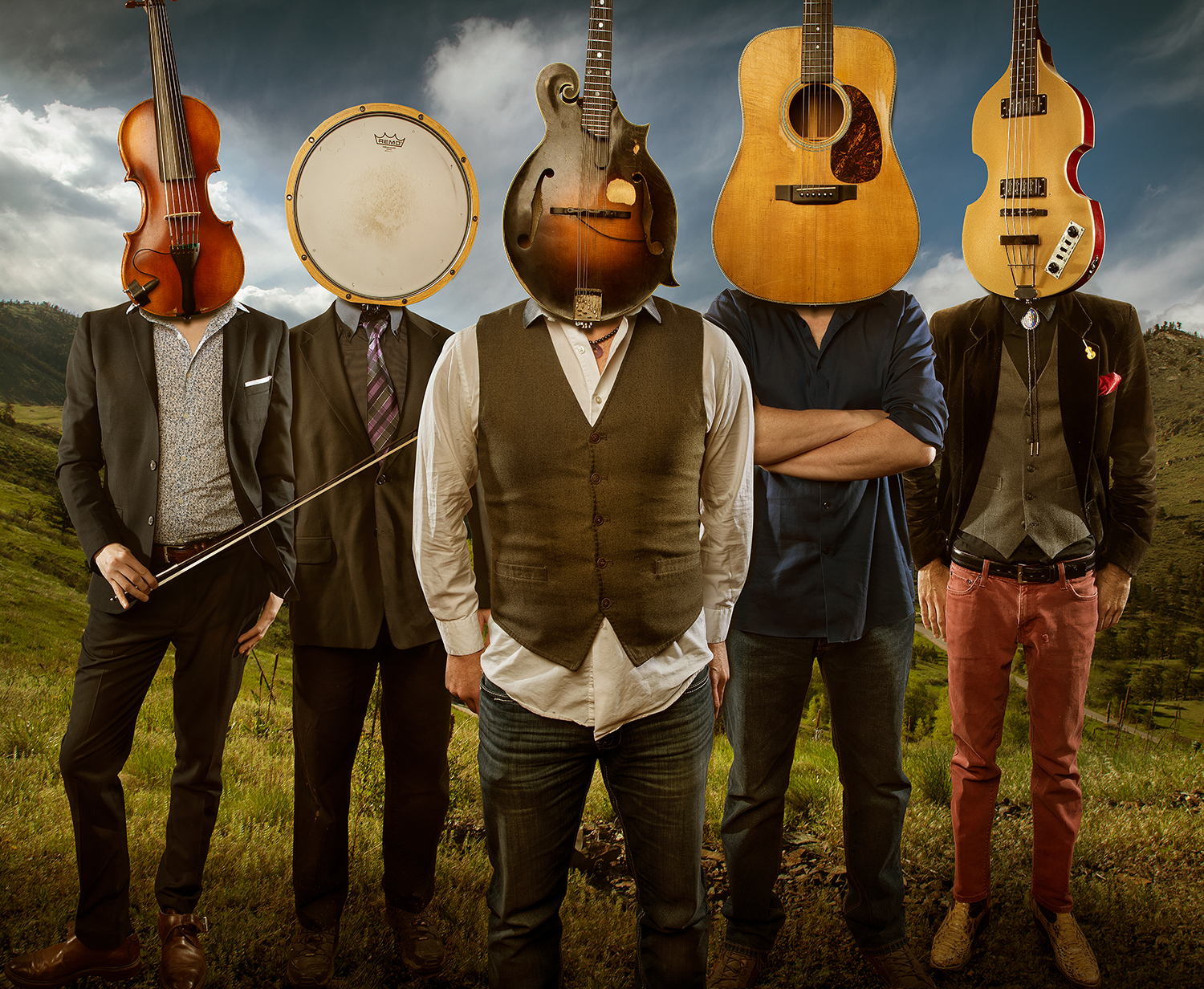 Whitewater Ramble was named one of Denver Westword’s Top 10 Colorado Bluegrass Bands for 2018, alongside legendary groups Leftover Salmon and Hot Rize. Best described as “High-Octane Rocky Mountain DanceGrass,” Whitewater Ramble (WWR) uses a simple recipe to craft its sound: start with bluegrass instrumentation, add drums, and finish with a boundary-less approach to grassing-up everything from pop and funk to roots and Americana. The Colorado-bred quintet combines the elements of mandolin, fiddle, acoustic guitar, upright bass, drums and vocals to explore the musical boundaries of multiple genres and fuel their own mixture of original music and innovative song interpretations. Whether playing an intimate acoustic encore, blazing electric rock, or a distinctive cover song medley, Whitewater Ramble delivers a powerful and memorable live performance.

Born out of the legacies of jamgrass giants like the String Cheese Incident, Leftover Salmon, Railroad Earth, and Yonder Mountain String Band, WWR has forged is own identity during 2500+ coast to coast performances and a 15+ year career. Lead by the creative vision of founder and group leader Patrick Sites, the band has a huge repertoire of original music at its finger tips along with highly acclaimed tribute shows. From 2015 thru 2018, Whitewater Ramble performed monthly artist tributes during winter residencies in Denver, Fort Collins, Frisco and Steamboat Springs that took on Led Zeppelin, The Band, The Grateful Dead, Woodstock, Bob Marley, The Rolling Stones, Best of the ‘90s and The Police. Venues and fans alike appreciated WWR’s efforts to stay true to the intent of the original artists while re-interpreting their music in a unique style using bluegrass instrumentation along with dance, jam and improv influences.

In 2019, WWR released “A Band Widow’s Lament,” a three-part indie short film set to their own original music spanning the tumultuous relationship of a touring musician and his wife who remains at home while he travels. It touches on domestic and gun violence issues in our society today. While the videos and content touched off a firestorm of social media backlash, critics responded with awards. The film claimed both Best Music Video and Most Dramatic Music Video from the LA Music Video Awards, alongside other wins and nominations from Indie Short Fest, Independent Short Awards, Colorado International Activism Film Festival, Horsetooth Film Festival, and the Queen Palm International Film Festival.

While the past reflects well on the band, the future is brighter than ever with their current lineup and list of accolades. Whitewater Ramble has truly established themselves as one of the hardest working groups in the jam scene today.